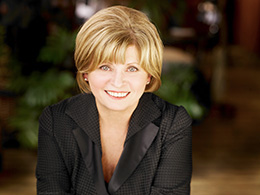 HALYNA KVITKA KONDRACKI is founding director/conductor of Toronto’s award-winning Vesnivka Choir as well as conductor of the Toronto Ukrainian Male Chamber Choir.  A graduate of University of Toronto's Faculty of Music strongly supports Ukrainian-Canadian musicians and composers and promotes their performances and music.

Kondracki is a charter member of the Association of Canadian Choral Conductors,  the American Choral Directors Association and Chorus America. Kondracki spearheaded the formation of the Ukrainian Canadian National Arts Council under the auspices of the Ukrainian Canadian Congress. For several years, Kondracki has been an adjudicator at the annual Ukrainian Music Festival in Toronto. In 2012 she was an adjudicator for Choirs Ontario’s “Leslie Bell Prize for Choral Conducting”.

Kondracki has been awarded many accolades including an honorary award from the Ukrainian Canadian Congress for recognition of her work in Toronto’s Ukrainian choral community, an award from the Canadian Choral Conductor’s Association, and, in 2007, the Shevchenko Medal from the Canadian Ukrainian Congress, honouring her for her work in promoting Ukrainian choral music to Canadians. On October 18, 2015, Kondracki was recognized by the Ukrainian World Congress (UWC) with a Medal for Outstanding Contribution during the 2014 "Year of Shevchenko" celebrating 200 years of his birth.